December 2016
While big social networks strive for high personal or informational visibility, local communities need a save space to communicate within their neighborhood. Following a request, this new social platform service was created. 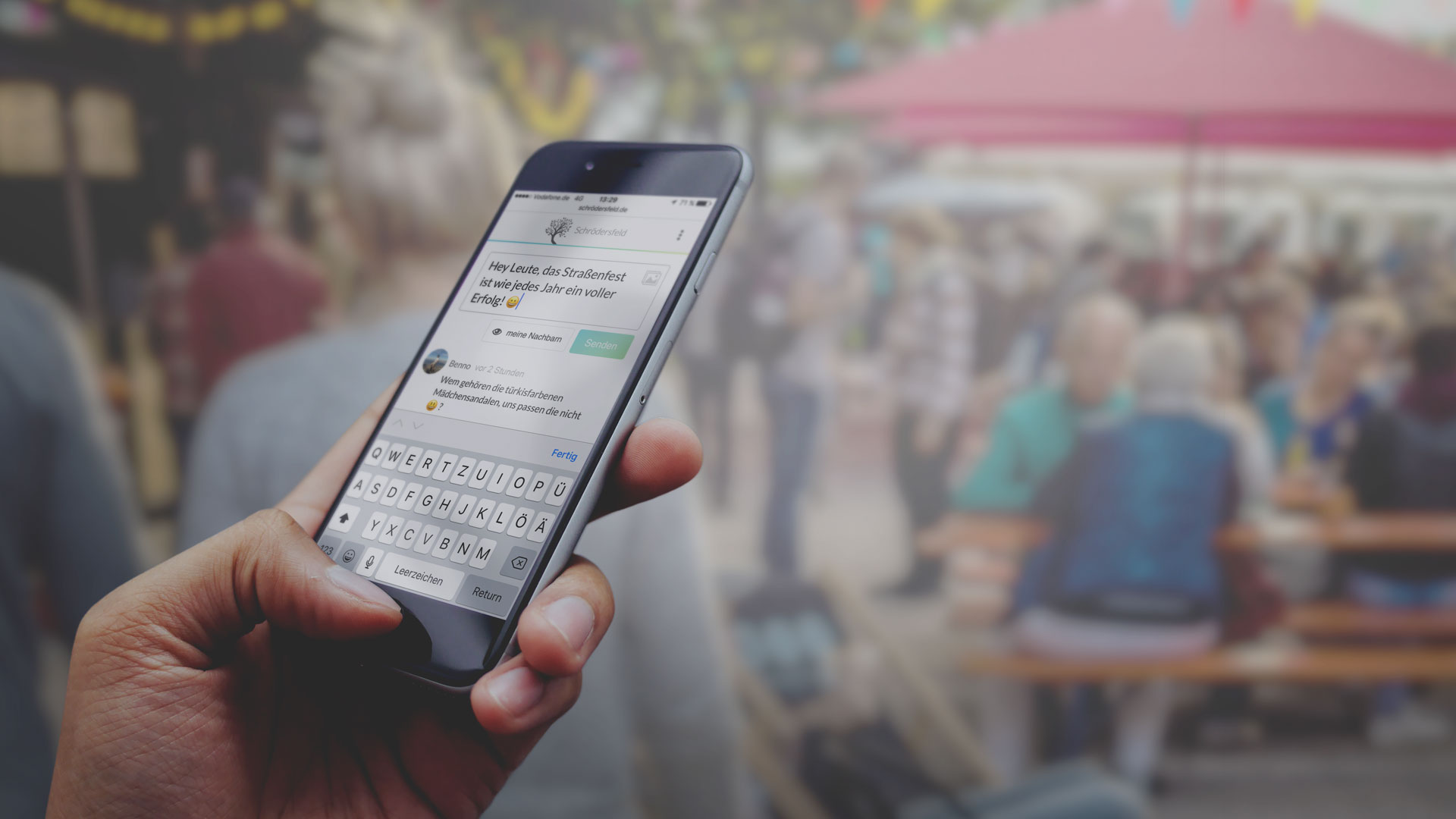 What would a modern social network look like that really sees itself as a social platform and not as an intermediary between business and consumers? A network that provides a safe space and puts members in the spotlight. A network for families, for people who know each other outside the network, but do not want to miss the benefits of a common digital sharing platform without restricting their privacy. A private social network for a neighborhood.

This project originated over the year 2016. Initially as a side project, which was to provide a kind of modern blackboard on request of a specific neighborhood.

In exchange with the later users, the image of a social platform slowly began to form, emphasizing the exchange of current events and supplementing it with additional functions. E.g. in a calendar appointments such as the next street festival can be planned and neighbours can participate. A private digital marketplace makes it easy to give away, lend or sell items. In order to get to know the growing neighborhood better, there are individual social profiles. Everyone decides what information he/she wants to reveal to their neighbours.

Key difference to other social networks is the privacy to a certain group of people. New members can only be invited by existing members.

The design keeps the platform in the background. The current content defines the appearance of the feed and is complemented by minimalist controls. As the network addresses each member of a diverse neighborhood, known interactions are combined with intuitive functions. In order to decrease the threshold for new members, many tips and hints in the interface are presented after the first login, explaining the functions and options.

To make sharing content as easy as possible at anytime and from anywhere, every feature is easily accessible in the mobile view of the site. I.e. pictures of the street festival can be shared with the neighborhood right on site.

Individually configurable notifications can inform of new posts from my neighbors, current appointments, new offers in the marketplace or many other events.

Technically, the network relies on a PHP-based content management system called ProcessWire, which is complemented by a variety of custom functions.

At the moment the social network is used by Schrödersfeld.de (german). The platform is only available to registered users from a specific neighborhood.