January 2017・Tim Ebert, Sebastian Wloch
This Project explores the use of Augmented Reality as a way to adapt limited spaces to different usage situations. 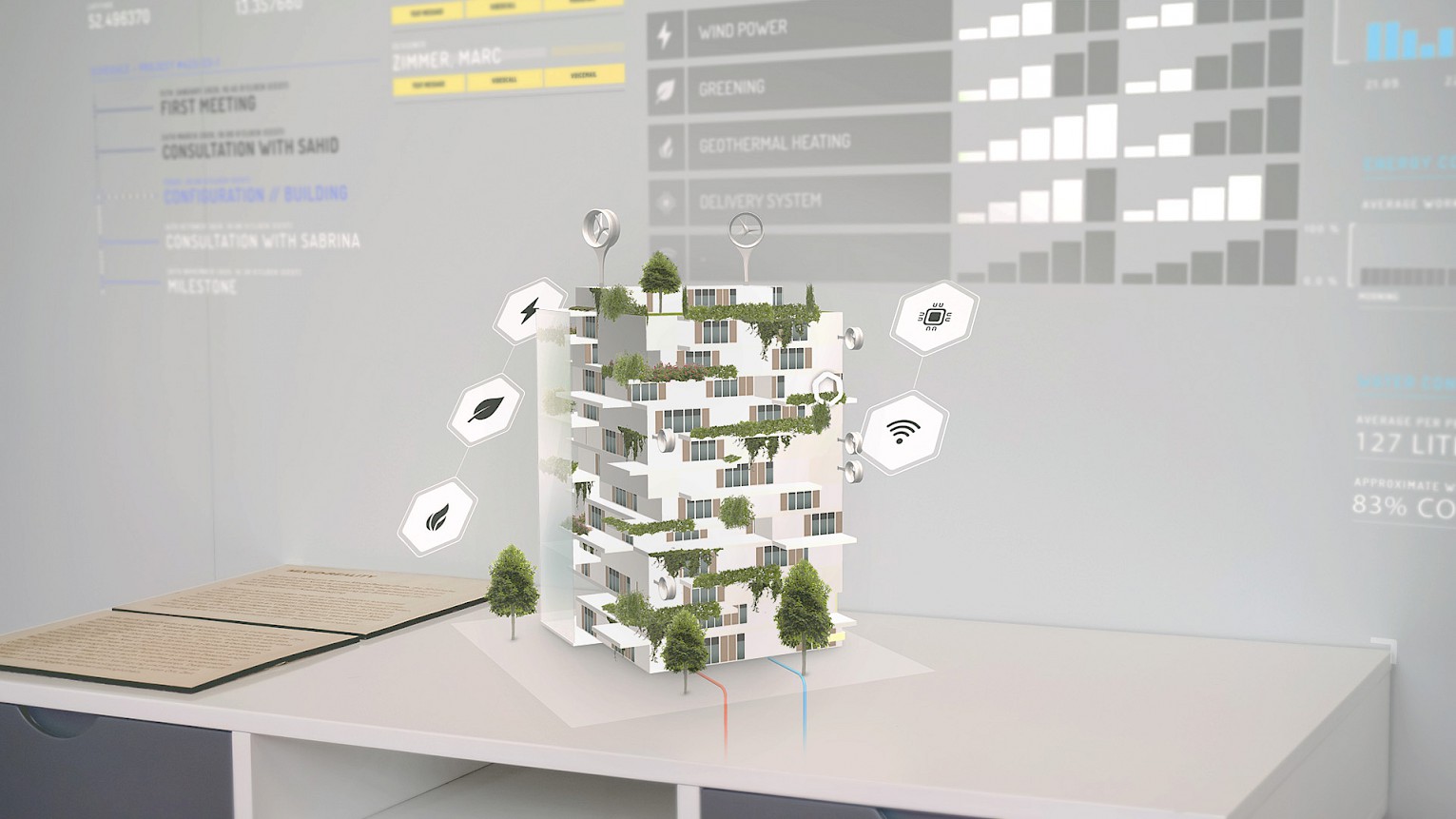 Within an exhibition at the Telekom innovation center Berlin, a team of students explored the possibilities of recent technological inventions in urban areas. We concentrated on the problems of urbanization and the caused lack of living space.

The concept tries to increase the efficiency of space utilization in apartments with dynamic adaption and digital expansion. Augmented Reality makes it possible to adapt the apartment to different situations of the residents and to transform the living space digitally. 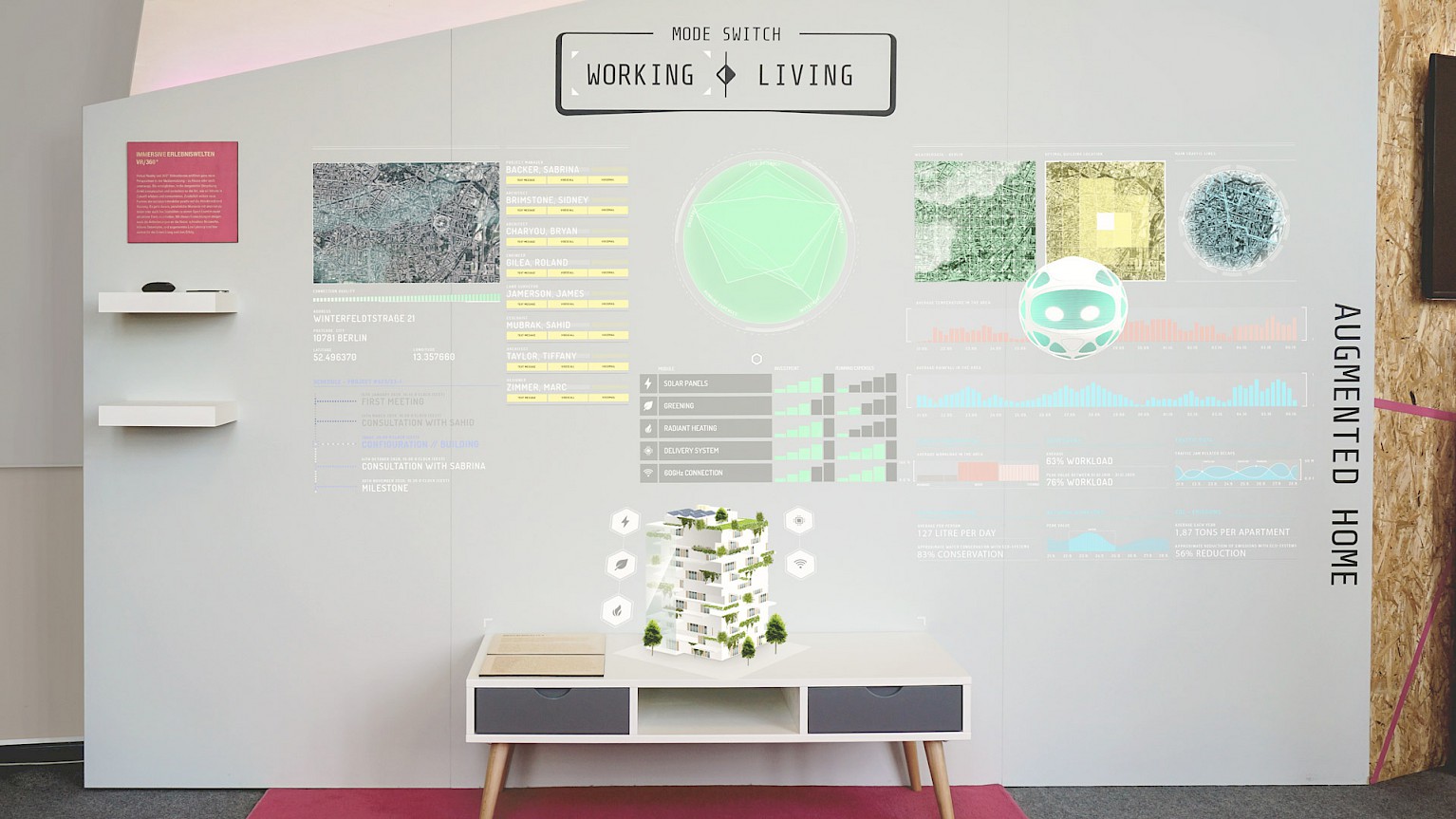 To demonstrate the potential of an augmented home, an app for the Microsoft HoloLens has been created. It allows the visitor of the exhibition to move around in an exemplary apartment where he can interact with three-dimensional digital objects. He gets the opportunity to explore different scenarios of application. For example, in the role of an architect, you can work on a building and configure it in 3D space. A dashboard on the back wall will tell you the ecological, economical, and social effects of your building.

A digital assistant accompanies the exploration of the space and points to new possibilities. He reacts to what the visitor looks at and interacts with.

The design of interfaces in three-dimensional space offers many new opportunities for interaction, but also requires intensive engagement with effective use-cases and ways of communication. The design of the Augmented Home tries to apply familiar ways of exploring our environment to a digital level. The positive feedback of the exhibition visitors proves the potential of the use of augmented reality as a digital extension in the home. With the rapid technological advancement is the use for many purposes for real users in the near future.

In addition to the concept, the project also included the distinct design and implementation of the HoloLens app. Three-dimensional models were first created in Cinema4D and then enhanced with animation and interaction. For the development of the Microsoft HoloLens environment, we used the Unity Engine and C# programming in Visual Studio.

The project was created in collaboration with Tim Ebert